Holovko Oleh and Vikhliaiev Mykhailo, members of the Executive Board of Center for Ukrainian and European Scientific Cooperation, visited higher educational establishment and research institutions of Poland (October 13-17, 2018). A visit was intended to look for new, interesting contacts for international cooperation in the area of scientific activities. 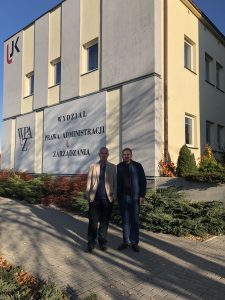 Thus, the first planned visit was to Kielce, the capital of Świętokrzyskie Voivodeship which gives great opportunities for the development of education and science. There are 11 higher educational institutions in Kielce including Jan Kochanowski University and Kielce University of Technology which are among the best institutions. Members of the Centre for Ukrainian and European Scientific Cooperation met Pawel Dziekanski, a representative of Jan Kochanowski University. According to the results of the meeting, opportunities of international cooperation were identified, namely, the implementation of joint scientific events.

In Lodz, members of the Executive Board met Vitalii Mazurenko (who has Ukrainian background), Doctoral Candidate at John Paul II Catholic University of Lublin (KUL) and Tomash Lyakhovsky, Associate Professor at the University of Lodz. During the conversation important and urgent issues of the development of legal science were discussed. As a result, it was decided to introduce international cooperation between the Center for Ukrainian and European Scientific Cooperation and the University of Lodz and to start it with the organization and preparation of a joint collective monograph which would be devoted to the constitutional human rights. Ukrainian and Polish scholars will have the opportunity to participate in monograph’s elaboration. 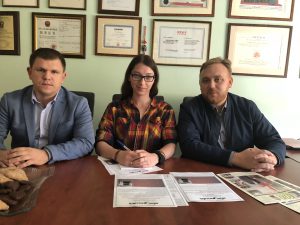 The representatives of the Center couldn’t skip Torun, the birthplace of Nicolaus Copernicus, and met Adam Marszałek, President of “Marszałek Publishing Group” and Iwona Nadolska-Bartosiak, Director of “Wydawnictwo Adam Marszałek”. The further joint plans for the publication of collective monographs and printing of Polish editions in Ukrainian within Ukraine were the result of the meeting. 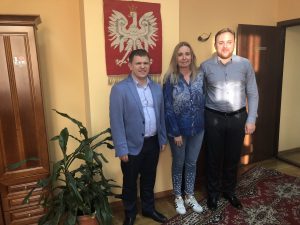 A meeting in Włocławek with the representatives of Cuiavian University in Włocławek – Stanisław Kunikovski, Rector, and Joanna Skiba, Head of the International Office who showed the interest in fruitful and long-term international cooperation with the Ukrainian scientific institution, was no less fruitful. The members of the meeting discussed further plans for cooperation in the field of scientific activity. In the near future, it is planned to conduct internships, conferences within the Polish educational institution, preparation of joint collective monographs. Also, Cuiavian University in Włocławek provided Ukrainian scholars with an opportunity to be published in university periodicals. 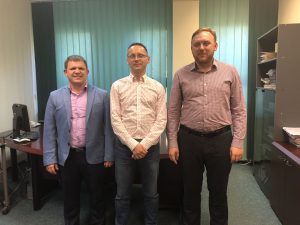 A visit to Academy of Humanities and Economics in Warsaw was at the end of the working trip. Members of the Executive Board of the Center for Ukrainian and European Scientific Cooperation met with Marcin W. Staniewski, Development Director. During the conversation the possible actions for the development of science both in Poland and in Ukraine were outlined, directions of international cooperation were determined. Thus, the Center for Ukrainian and European Scientific Cooperation is preparing many interesting events in the world of science for Ukrainian scholars.

Scientific and pedagogical internship in psychological...

Scientific and pedagogical internship in culture...