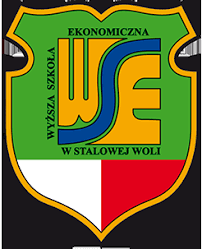 On July 20-21, 2018 the international multidisciplinary conference “Key issues of education and science: perspectives of the development for Ukraine and Poland” took place in the city of Stalowa Wola (the Respublic of Poland). Ukrainian and Polish scholars, post-graduate students, students of institutions of higher education and research institutions were participants. Practitioners who are actively involved in scientific research were also involved in the conference.

University of Economics in Stalowa Wola was an organizer of academic conference, and Head of Organizational Committee was Małgorzata Kołecka, Rector of the education institution.

The Center for Ukrainian-European Scientific Cooperation is not for the first time to promote scientific communication between educational institutions of Ukraine and other European countries. The international cooperation agreement signed between the Center and the University of Economics in Stalowa Wola made a significant contribution to the development of Ukrainian scientific thought.

The collection of conference abstracts, which include about 340 papers of scientists from both Ukraine and the Republic of Poland, is the result of the conference which conducted in the city of Stalowa Wola.

The plan for the international multidisciplinary conference “Key issues of education and science: perspectives of the development for Ukraine and Poland” and problems that were brought up for discussion:

So, our scholars gained a great experience and had the opportunity to represent their country in the European scientific arena once again.