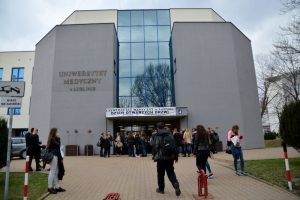 A joint monograph entitled “Development and modernization of medical science and practice: Poland’s experience and perspectives of Ukraine” was prepared for publication by the Center for Ukrainian and European Scientific Cooperation together with Lublin Medical University. The publication was printed in October 2017.

The writing of the joint monograph was performed by scientists, lecturers and post-graduate students. The postgraduate research works were co-authored with the scientific supervisors. The monograph contains materials in Ukrainian, Russian, Polish and English. 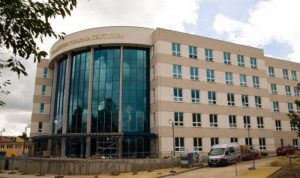 The authors Kobzar O. B., Parkhomenko M.V., and Prokopets K.O. in their article “Directions of individualization of cognitive activity of students in the modernization of the educational process of Ukrainian Higher Medical School”, analyzed the results of the application of various directions and forms of individualization of the educational process under the conditions of credit -module system application in the institution of higher medical education of Ukraine.

The researchers Kazmirchuk V.V., Moiseienko T.M., Toroianyk I.I., Makarenko V.D. and Nevmerzhytskyi V.V. conducted research on the issue “Analysis of the causes of development and modern view on pathogenesis, and methods of treatment of acne vulgaris”. The authors of the study due to the volume of scientific and theoretical material characterized the current state of the problem, focusing on the leading aspects of the pathogenesis of acne, the age-specificity of this nosology, and its spread among the population (one of the ten most common human diseases that ranks eighth in the world). The publishers of the monograph noted the valuable contribution of each of the authors of the publication.

The monograph was published by the European publishing house “Izdevnieciba” Baltija Publishing “(Riga, Latvia) with the award of UDC to it and the ISBN number, which allowed the authors to take part in the joint scientific work, published in the European Union country. Each author received 3 copies of the publication and the certificate of participation in the writing of the joint scientific work.