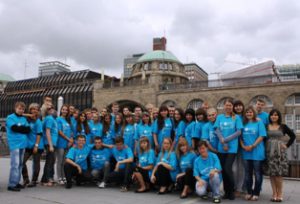 The Center for Ukrainian and European Science Cooperation in liaison with Faculty of Law of Zaporizhzhia National University organized educational student visits to European countries with the purpose of increase of academic mobility, and enlargement of the international relationships. For this reason, from July, 21 to August 1, 2011, law students of 2-4 years of ZNU, headed by Mykhailo Vikhliaiev, Deputy Dean for International Activity, went on an unforgettable trip to Europe. The conditions of the tour included visit to eight European countries: Poland, Germany, the Netherlands, Belgium, France, Austria, Slovakia, and Hungary.

The trip began with Polish city – Wroclaw, where the students attended higher education institution with a long history – Wroclaw University. This ancient city impressed the students by its warm atmosphere, friendly residents, beautiful streets and squares. Despite the heavy rains Europe met the participants, everyone had incredible impressions.

From Poland, students traveled to Berlin. The participants visited the heart of the legislative activity of the country – the Reichstag. It impressed by its grandeur and modernization. Students were pleasantly surprised that inscriptions of Soviet soldiers of the Great Patriotic War were kept on the walls of the German Parliament. The next city, visited by law students was Hamburg – one of the largest ports in Europe. From Hamburg, travelers went to The Hague (The Netherlands) where they listened to lectures of international lawyers, who work at the International Criminal Court (ICC). The lectures were held in the courthouse. This international institution executes justice against individuals, who have committed crimes against the humanity and the world. 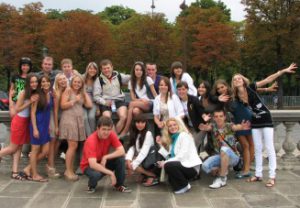 Brussels (Belgium) met students with a good, sunny weather, so during visit to the European Parliament where administration of the whole European community is managed, everyone was in a great humor.

The equator of the travel was the most romantic city of the world – Paris. Here, law students were able to admire the most famous architectural monuments: the Eiffel Tower, the Arc de Triomphe, the Louvre, Notre-Dame de Paris, Les Invalides, Montmartre as well as the Fragonard Museum of Perfumery. 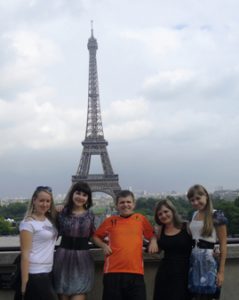 Taking the course on the Motherland, the participants visited the contemporary art museum “Lentos”, which is located in Austrian city of Linz. The most important features of Austria were its tranquility, harmony, cozy streets, and overall cleanliness of the country. On the way home, the travelers visited the capital of Slovakia – Bratislava. It presented them memories of the Danube Promenade, the Bratislava Fortress, the National Opera, and the National Philharmonic. The last point of their study visit was the capital of Hungary – Budapest, a city of exquisite architecture, bridges and evening lights.

This journey became a significant impetus for each participant, in taking important decisions about further personal development. For the Law Faculty of ZNU, this event became the next step in the development of its international relations and international activities. The participants of the visit expressed their sincere gratitude to the administration of Zaporizhzhia National University and the Center for Ukrainian and European Scientific Cooperation for organizing and implementation of the study visit.