Головна News The Center for Ukrainian-European Scientific Cooperation summed up the International scientific and... 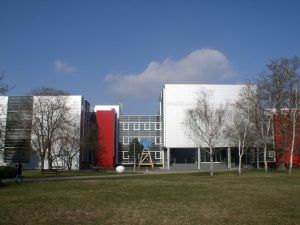 The Faculty of Law of Pan-European University (Bratislava, the Slovak Republic) initiated the realization of International scientific-practical conference “Rights and freedoms of man and citizen: mechanisms for their implementation and protection by different branches of law”. The Center for Ukrainian-European Scientific Cooperation was a co-organizer of the event and its representative in Ukraine.

The organizers carried out an intensive preparatory action, discussed all details for the participation of Ukrainian scholars and date of the conference was established. As a result, the event took place on September 19-20, 2014.

More than 200 participants from the countries of Eastern, Western and Central Europe as well as representatives from some Asian and Latin American countries participated in the conference. Ukrainian scientists, post-graduate students, HEI students and research institutions as well as practitioners, who are actively engaged in scientific research in the sphere of human rights protection, were invited to participate in the international conference.

The following sections were in the framework of conference:

All Ukrainian participants were provided with a collection of abstracts and participation certificate. Performed the conference organizers gained positive feedbacks from participants on its quality, topicality and current importance.

A joint execution of the academic event consolidated the international cooperation between the Center for Ukrainian-European Scientific Cooperation and Pan-European University that led to the establishment of “Visegrad Journal on Human Rights”.

The journal became the first international legal publisher on law issues within countries of the Visegrad Group. The main goal, which was set by founders, is information exchange, cooperation and promotion of human rights both within the Visegrad Group and other European countries. Fully realized the relevance of human rights issue, it became the main focus of “Visegrad Journal on Human Rights”.