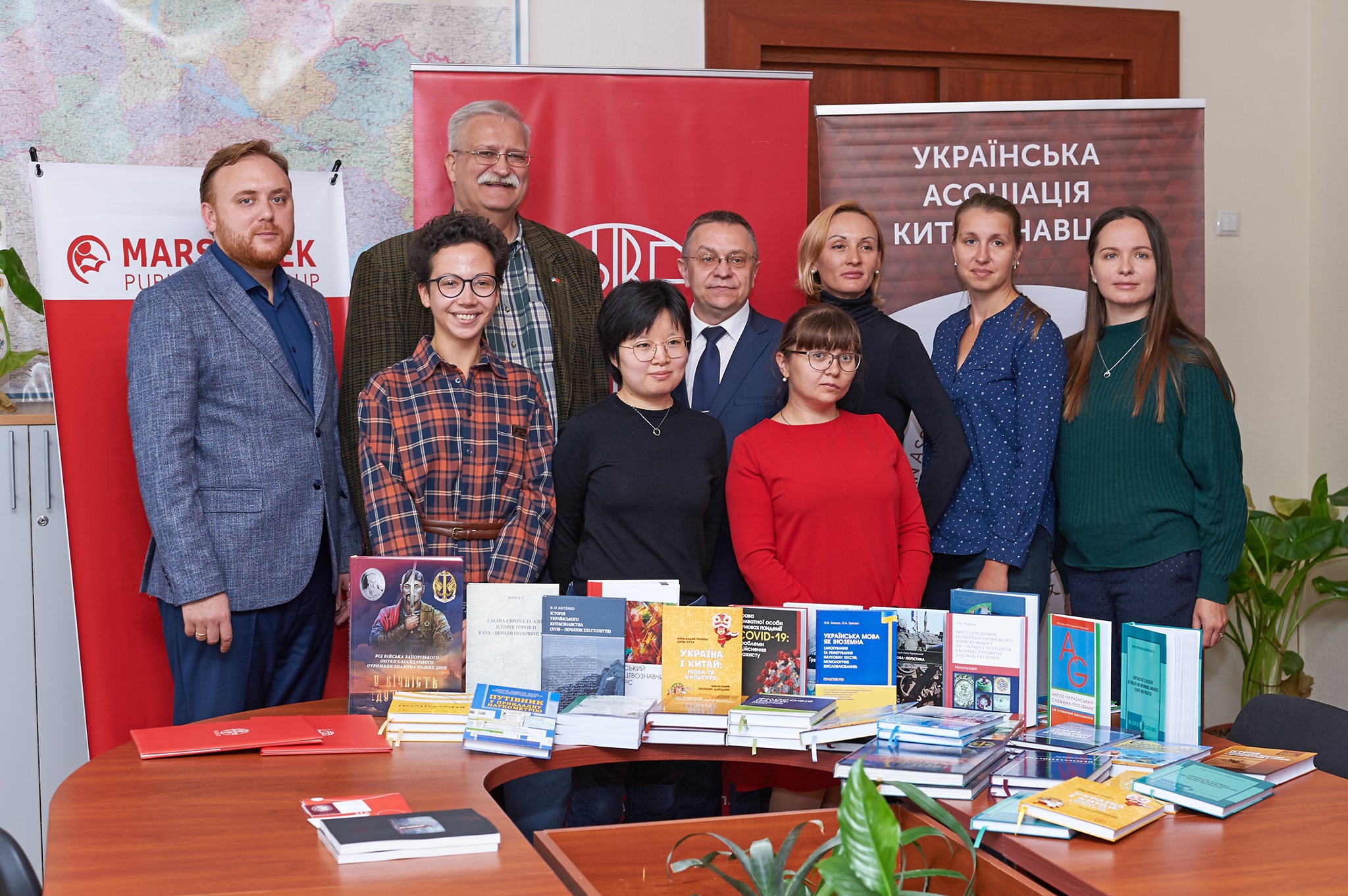 On October 1, 2020, in the 71st anniversary of the National Day of the People’s Republic of China, Ukrainian Association of Sinologists together with the Publishing House “Helvetica” conducted a solemn ceremony of presenting books for Ukrainian studies centers of China. More than 30 publications are handed over to the Center for Ukrainian Studies under Beijing Foreign Studies University, Center of Ukrainian Studies under Wuhan University and Dalian University of Foreign Languages. It is worth mentioning that the study of Ukraine was initiated in Wuhan University in 1964. The presented books cover various subject-matters – legal, economic and historical literature, scientific papers on Ukrainian art criticism, different dictionaries.

Viktor Kiktenko, President of Ukrainian Association of Sinologists, Senior Research Associate, Head of the Asia-Pacific Department of A. Yu. Krymskyi Institute of Oriental Studies of the National Academy of Sciences of Ukraine, told that Ukrainian Association of Sinologists together with the Publishing House “Helvetica” decided to contribute to the formation of libraries of Ukrainian Studies in China. According to Viktor Kiktenko, this is the first event of that sort, and the assistance will run on.

Head of the Supervisory Council Oleh Holovko brought up to speed on the plans of the publishing house. In particular, he shared the aspiration to increase the publication of books devoted to China as well as to promote and distribute Ukrainian books on the world market, including in China. Helvetica has already concluded agreements on the publication of books related to China; Ukrainian translation of the book “Maritime Silk Road” published in China will be rendered. Helvetica is going to publish the works of Ukrainian sinologists on an ongoing basis.

Vita Golod, Head of the Board of Ukrainian Association of Sinologists, informed about the address of the President of Ukraine Volodymyr Zelenskyi to the Chinese part inviting to renew a political dialogue at a high level that was mentioned in the interview for IA “Xinhua”. The message gives faith in revivifying the contacts between our countries that will also contribute to the activities of scientists by creating a basis for extension of cooperation. Ukrainian Association of Sinologists uses best endeavours that modern China is comprehended in Ukraine, and information about its culture, traditions and people is provided objectively.

The ceremony participants in Kyiv congratulated heads of the Centers of Ukrainian Studies in China via video communication. They talked about their work on studying the Ukrainian language and the promotion of knowledge about Ukraine in China. Chinese participants thanked for the presented books and congratulated all present persons on the Mid–Autumn Festival and the National Day of the People’s Republic of China.

The event took place in A. Yu. Krymskyi Institute of Oriental Studies of the National Academy of Sciences of Ukraine with the participation of Ukrainian sinologists, scientists and Chinese translators.