Головна News Foreign joint monograph, prepared by a team of lawyers was published

Thanks to the joint work of the Center for Ukrainian and European Scientific Cooperation, Maria Curie-Skłodowska University (Poland), and a team of scholar-lawyers, foreign collective monograph “Development and Modernization of the Legal Systems of Eastern European Countries: Polish Experience and Prospects of Ukraine” was prepared and published.

The joint monograph on issue “Development and Modernization of the Legal Systems of Eastern European Countries: Polish Experience and Prospects of Ukraine” was published in October 2017. The monograph was published by the European publishing house “Izdevnieciba” Baltija Publishing (Riga, Latvia) with the awarding of UDC and the ISBN number to it, that allowed the authors to take part in the joint scientific work, published in the European Union country.

The publication was the result of a fruitful activity of 51 talented scholars-lawyers, who were joined by the common idea to represent the results of their activity. Scientists, lecturers, and postgraduates, who are, for a long time, involved in the investigation in the field of development and modernization of legal systems showed the interest to participate in the writing of the joint monograph. 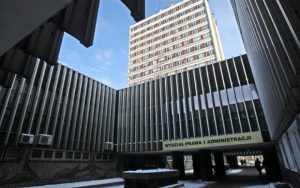 Each author received the certificate of participation in the writing of the collective monograph and copies of the publication. The publication of the monograph in English gives the opportunity to replace the lack of sufficient number of scientific works in periodicals, included in scientometrical databases Scopus or Web of Science in accordance with the updated requirements of the Ministry of Education and Science of Ukraine “On Order of the Procedure for Awarding of Scientific Degrees to Scientific and Academic Staff”.